Common Cold – How it starts and Natural Remedies 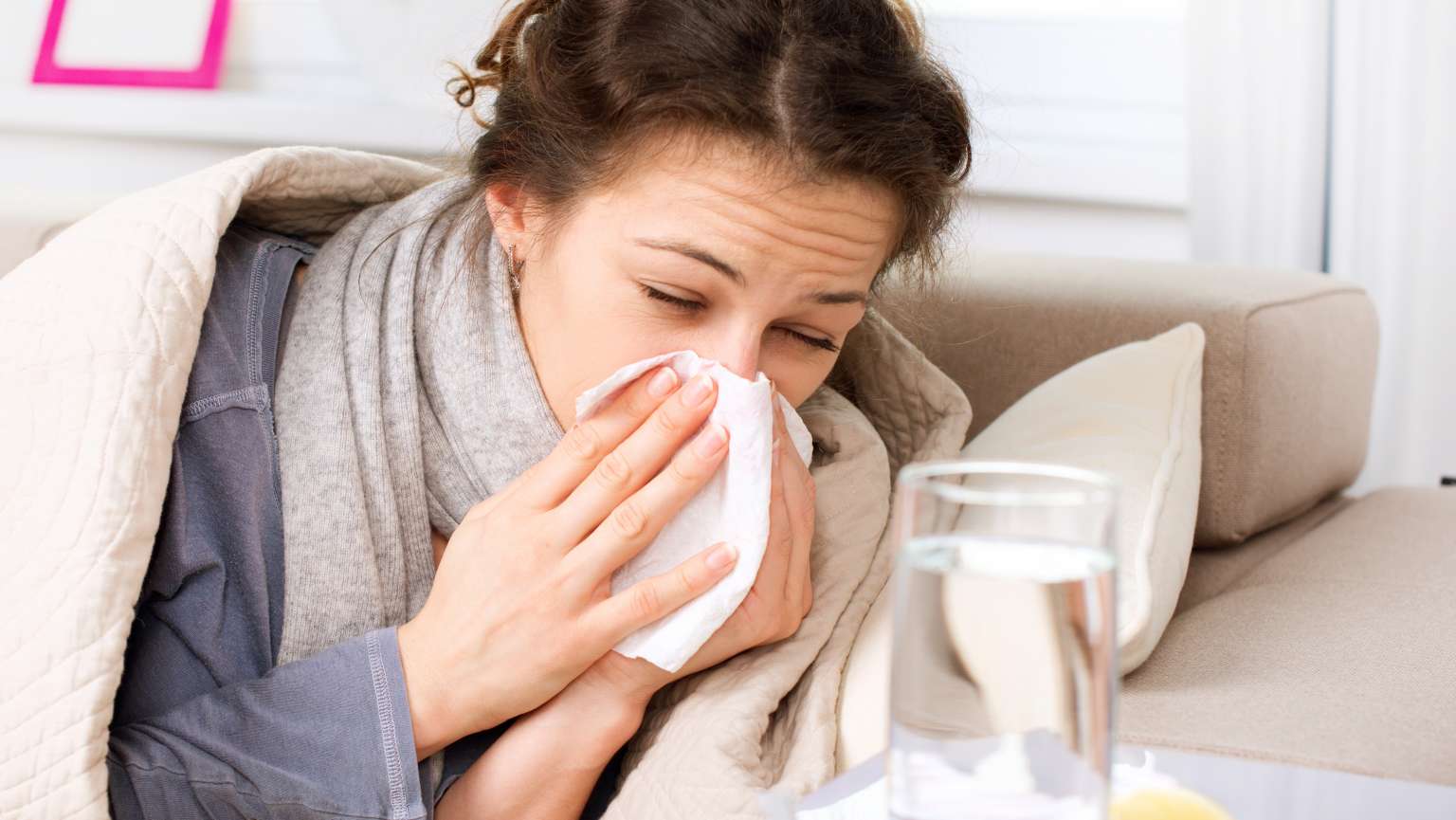 The common cold is a viral infection of your nose and throat (upper respiratory tract). It’s usually harmless, although it might not feel that way. Many types of viruses can cause a common cold.

Children younger than six are at greatest risk of colds, but healthy adults can also expect to have two or three colds annually.

How a Common Cold Starts

You can catch it from another person who is infected with the virus. This can happen by direct physical contact with someone who has a cold, or by touching a surface contaminated with their germs — like a computer keyboard, doorknob or spoon — and then touching your nose or mouth. You can also catch it from infected droplets in the air released by a sneeze or a cough.

A cold begins when a virus attaches to the lining of your nose or throat. Your immune system — the body’s defense against germs — sends out white blood cells to attack this invader. Unless you’ve had a run-in with that exact strain of the virus before, the initial attack fails and your body sends in reinforcements. Your nose and throat get inflamed and make a lot of mucus. With so much of your energy directed at fighting the cold virus, you’re left feeling tired and miserable.

One myth that needs to get busted: Getting chilly or wet doesn’t cause you to get sick. But there are things that make you prone to come down with a cold. For example, you’re more likely to catch one if you’re extremely tired, under emotional distress, or have allergies with nose and throat symptoms.

The signs and symptoms of the common cold in infants and children are similar to those seen in adults. The cold may begin with a runny nose with clear nasal discharge, which later may become yellowish or greenish in color. Infants and children may also become more fussy and have decreased appetite.

Cold remedies are almost as common as the common cold, but are they effective? Nothing can cure a cold, but there are some remedies that might help ease your symptoms and keep you from feeling so miserable. Here’s a look at some common cold remedies and what’s known about them.

If you catch a cold, you can expect to be sick for one to two weeks. That doesn’t mean you have to be miserable. Besides getting enough rest, these remedies might help you feel better:

Your body needs to heal.

Soothe a sore throat. A saltwater gargle — 1/4 to 1/2 teaspoon salt dissolved in an 8-ounce glass of warm water — can temporarily relieve a sore or scratchy throat. Children younger than 6 years are unlikely to be able to gargle properly.

Don’t give lozenges or hard candy to children younger than 3 to 4 years old because they can choke on them.

Over-the-counter saline nasal drops and sprays can help relieve stuffiness and congestion. In infants, experts recommend putting several saline drops into one nostril, then gently suctioning that nostril with a bulb syringe. To do this, squeeze the bulb, gently place the syringe tip in the nostril about 1/4 to 1/2 inch (about 6 to 12 millimeters) and slowly release the bulb. Saline nasal sprays may be used in older children.

Use caution when giving aspirin to children or teenagers

Though aspirin is approved for use in children older than age 3, children and teenagers recovering from chickenpox or flu-like symptoms should never take aspirin. This is because aspirin has been linked to Reye’s syndrome, a rare but potentially life-threatening condition, in such children.

A cold remedy used in many cultures, taking in warm liquids, such as chicken soup, tea, or warm apple juice, might be soothing and might ease congestion by increasing mucus flow.

Add moisture to the air

A cool mist vaporizer or humidifier can add moisture to your home, which might help loosen congestion. Change the water daily, and clean the unit according to the manufacturer’s instructions. Don’t use steam, which hasn’t been shown to help and may cause burns.

For adults and children older than 5, OTC decongestants, antihistamines and pain relievers might offer some symptom relief. However, they won’t prevent a cold or shorten its duration, and most have some side effects.

Experts agree that these shouldn’t be given to younger children. Overuse and misuse of these medications can cause serious damage.

Take medications only as directed. Some cold remedies contain multiple ingredients, such as a decongestant plus a pain reliever, so read the labels of cold medications you take to make sure you’re not taking too much of any medication

The health benefits of ginger root have been touted for centuries, but now we have scientific proof of its curative properties. A few slices of raw ginger root in boiling water may help soothe a cough or sore throat. Research suggests that it can also ward off the feelings of nausea that so often accompany influenza. For example, one study found that just 1 gram of ginger can “alleviate clinical nausea of diverse causes.”

Honey has a variety of antibacterial and antimicrobial properties. Drinking honey in tea with lemon can ease sore throat pain. Research suggests that honey is an effective cough suppressant, too. In one study, researchers found that giving children 10 grams of honey at bedtime reduced the severity of their cough symptoms. The children reportedly slept more soundly, which also helps reduce cold symptoms.

Garlic contains the compound allicin, which may have antimicrobial properties. Adding a garlic supplement to your diet might reduce the severity of cold symptoms. According to some research, it might even help you avoid getting sick in the first place.

More research needs to be done on the potential cold-fighting benefits of garlic. In the meantime, adding more garlic to your diet probably won’t hurt.

Native Americans have used the herb and root of the echinacea plant to treat infections for more than 400 years. Its active ingredients include flavonoids, chemicals that have many therapeutic effects on the body. For example, flavonoids can boost your immune system and reduce inflammation.

Vitamin C plays an important role in your body and has many health benefits. Along with limes, oranges, grapefruits, leafy greens, and other fruits and vegetables, lemons are a good source of vitamin C. Adding fresh lemon juice to hot tea with honey may reduce phlegm when you’re sick. Drinking hot or cold lemonade may also help.

The list of ineffective cold remedies is long. Some of the more common ones that don’t work include:

These attack bacteria, but they’re no help against cold viruses. Avoid asking your doctor for antibiotics for a cold or using old antibiotics you have on hand. You won’t get well any faster, and inappropriate use of antibiotics contributes to the serious and growing problem of antibiotic-resistant bacteria.

OTC cold and cough medications may cause serious and even life-threatening side effects in children. The FDA warns against their use in children younger than age 6.