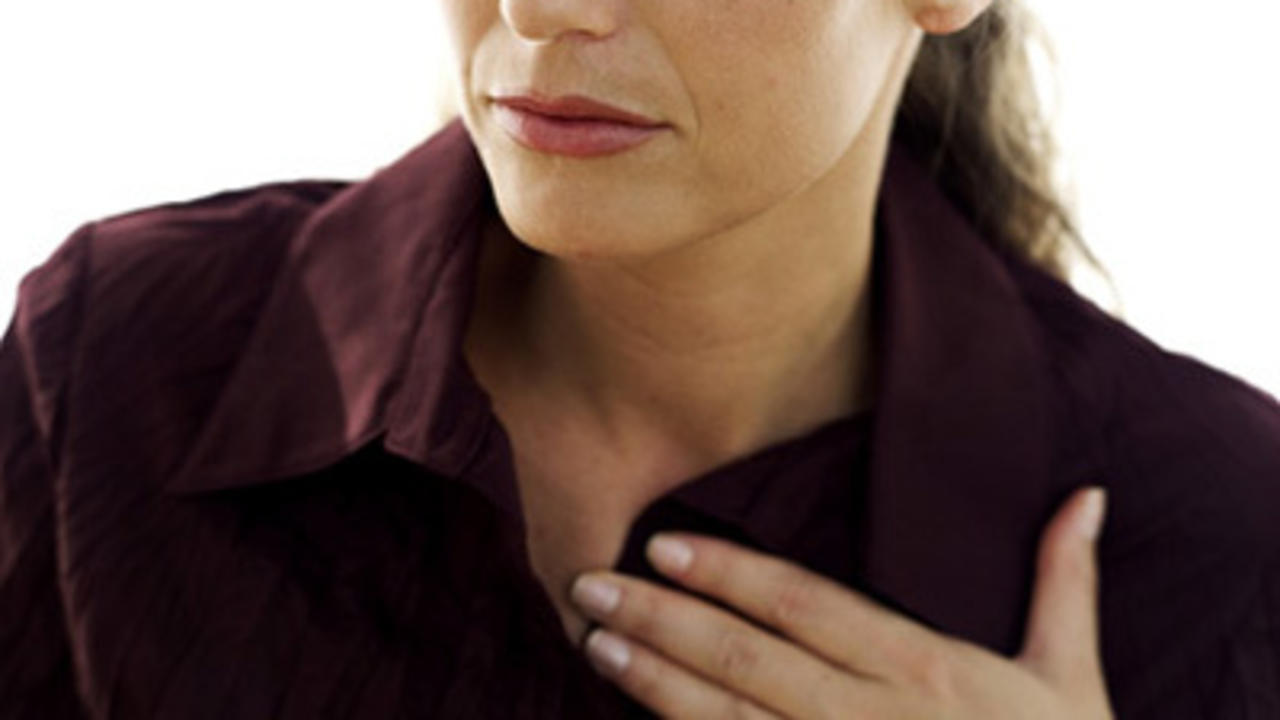 GERD (gastroesophageal reflux disease) is a long-term condition where acid from the stomach comes up into the esophagus (food pipe). The main symptom is heartburn – a burning pain in the lower chest area. Although uncomfortable, there is a range of treatment options.

Many people experience gastroesophageal reflux (GER) every so often. However, if an individual experiences persistent acid reflux that occurs more than twice a week, they may be diagnosed with GERD. In other words, GERD is the long-term, regular occurrence of GER.

Heartburn, also called acid indigestion, is the most common symptom of GERD and usually feels like a burning chest pain beginning behind the breastbone and moving upward to the neck and throat. Many people say it feels like food is coming back into the mouth leaving an acid or bitter taste.

The burning, pressure, or pain of heartburn can last as long as 2 hours and is often worse after eating. Lying down or bending over can also result in heartburn. Many people obtain relief by standing upright or by taking an antacid that clears acid out of the esophagus.

Heartburn pain is sometimes mistaken for the pain associated with heart disease or a heart attack, but there are differences. Exercise may aggravate pain resulting from heart disease, and rest may relieve the pain. Heartburn pain is less likely to be associated with physical activity. But you can’t tell the difference, so seek immediate medical help if you have any chest pain.

Occasional acid reflux is quite common, often occurring as a result of overeating, lying down after eating, or eating particular foods. The American College of Gastroenterology estimates that around 60 million Americans experience the heartburn of acid reflux at least once a month.

However, recurrent acid reflux, diagnosed as GERD, typically has other causes and risk factors and can have more serious complications.

In short, GERD occurs when the sphincter at the bottom of the esophagus becomes weak, or opens when it shouldn’t.

GERD occurs more commonly in people who are:

Hiatal hernia is a condition where an opening in the diaphragm lets the top of the stomach move up into the chest; this lowers the pressure in the esophageal sphincter and raises the risk of GERD.

Home remedies below are designed to support your body in digesting food. They will help increase the strength of the stomach acid and reduce the pressure in the stomach.

GERD itself can be very stressful. Since esophageal muscles play a large role in keeping stomach acids down where they belong, it may help to learn techniques that can relax both your body and mind. Yoga has enormous benefits by promoting mind-body awareness. If you’re not a yogi, you can even try quiet meditation and deep breathing for a few minutes several times a day to tame your stress levels.

In case you needed another reason to quit smoking, heartburn is one of them. And this is a big one for people with GERD. Smoking damages the lower esophageal sphincter (LES), which is responsible for preventing stomach acids from backing up. When the muscles of the LES are weakened from smoking, you may experience more frequent heartburn episodes. It’s time to quit smoking. You will feel better.

I recommend taking one tablespoon of raw organic apple cider vinegar mixed in about 4 ounces of purified water before each meal. This will help calm the stomach and supports digestion; it’s also my favorite, fast-acting home remedy for acid reflux.

Lemon juice has a pH of around 2, making it an acid stronger than vinegar. It also contains an added boost in lots of nutrients, especially vitamin C. So, not only can it help with heartburn, but it contains more nutrients than ACV and therefore makes a great choice when in pain.

However, just like the ACV remedy, the first dose might not be enough. And you may end up drinking 2 or more glasses of lemon juice, which can be not only annoying but hard.

Baking soda is the home remedy for almost everything. And yes it can offer fast relief from heartburn as well. Baking soda is a base not an acid, meaning that drinking some of it will neutralize acid in your stomach or esophagus.

It’s non-toxic and actually can be helpful for some people as a supplement as it allows athletes to train harder and longer.

It’s not my preferred way of dealing with acid reflux, as it lowers acid levels. But in those extreme situations, where none of the above options have worked, it’s the perfect solution.